Regent University School of Law was identified in the Back to School 2017 issue of PreLaw Magazine's as one of 20 Most Innovative Law Schools, defined as "schools that are on the cutting edge when it comes to preparing students for the future." 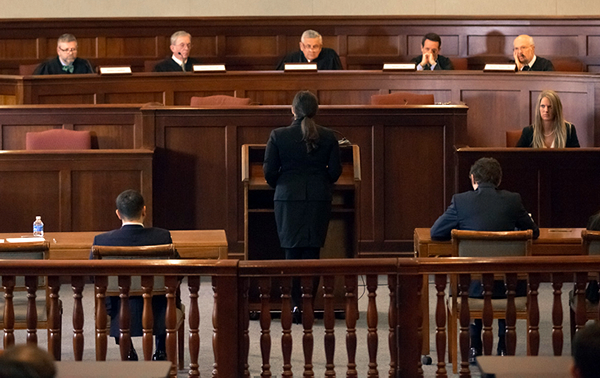 
Through Regent Law's Integrated Lawyer Training, students participate in a number of opportunities designed to enhance their legal education through hands-on training and ethical formation.

Center for Ethical Formation & Legal Education Reform directors and Co-Founders Natt Gantt and Ben Madison were pleased to see ethical formation identified as a factor in Regent Law's ranking.  "We at Regent are thankful for this recognition," said Gantt. "We look forward to continuing to be innovative in improving our efforts in cultivating law students' professional identity development and generally improving legal education."

Founded in November 2012, the Center for Ethical Formation & Legal Education Reform (CEFLER) coordinates the programs and resources Regent Law has committed to developing students’ professional identity. It accentuates Regent Law’s expertise in providing practical training that develops in students the practical judgment important to the practice of law. In 2017, CEFLER was nominated for the ABA's E. Smythe Gambrell Professionalism Award.

Here are just a few ways that CEFLER has sought to bring legal education reform and ethical formation to the forefront: