The problem with lecturing students (or lawyers) to "be civil" or "be honest" is that we expect people to follow an external ideal without reflecting on why such conduct is important to the person’s own value system.

The techniques we and other schools in the professional identity movement have developed avoid lecturing. Instead, we present students with a gray area legal scenario that includes conflicting, or at least tension between (1) the interests of the client, (2) the lawyer’s duty to the judicial system, and (3) the person (law student/lawyer’s) own interest in acting consistently with his or her moral compass. The most effective method we have found to foster true growth in students is to have them journal about the values in tension, include a description in the journal (or written paper) of conversations with a mentor who discusses the scenario with the student.  Ultimately, because in practice the lawyer has to make a choice, and the choice has consequences, we encourage students to outline the available courses of action and the consequences likely to flow from each course of action.  Presenting a vignette or skit followed by discussion can be effective too.  Typically, however, if students have the opportunity to consider the scenario and reflect on it, and to discuss it with a mentor, the experience leaves an impression on students and spurs them to growth. 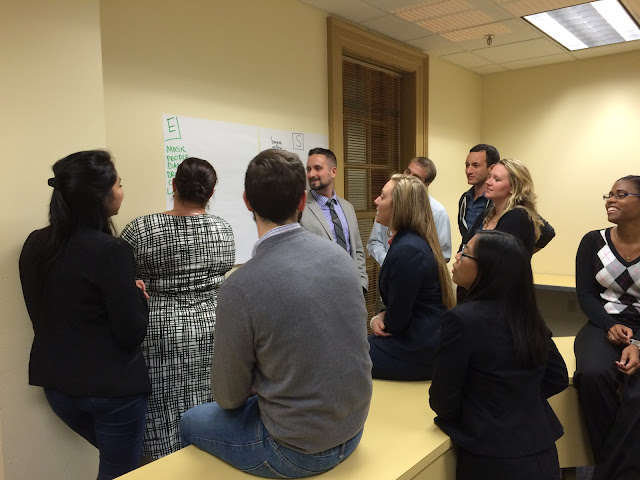 Such reflection leads, at worst, to a decision that is at least a considered one and, at best, to a habit of acting ethically. It should be no surprise that a reflect-before-acting approach leads to better choices--and, ultimately, to more professional behavior.

The following video shows a skit that was performed at 1L orientation in August 2017 to present and discuss an ethical dilemma based on the real-life experience of Regent Law graduate.


The result of this process is usually the same as that promoted by the “professionalism” movement—the movement characterized by aspirational statements provided to students or lawyers as a “code” of conduct.   The difference, we believe, with the professional identity teaching model is that lawyers are more likely to act in line with professional values when they realize they are following principles in which they are invested.  They will also learn a method for resolving ethical scenarios in which values are in tension—and to realize there are almost always multiple courses of action, and that the course one pursues will have different consequences.   In that way, students can be encouraged to compare options and choose the approach most in line with their moral compass.  It goes without saying students would have to follow the Rules of Professional Conduct. We typically focus in professional identity teaching on those experiences in which lawyers have discretion, in which the Rules are silent, and/or in which the Rules sets a “floor,” but the lawyer can choose an approach that exceeds what the Rules require.

The challenge is to help students, each at different levels of sophistication in their ethical development, to grow as decision-makers guided by a sense of conscience. By pointing students to their internal values, the professional identity movement encourages ownership of one's decisions. Students learn that their decisions have consequences, not only for clients and others in the legal system but also for the students' own self-respect.