What is Professional Identity? 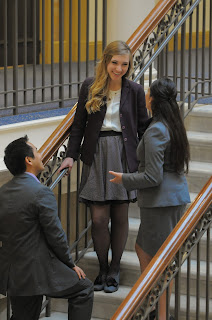 Professional identity challenges law students and lawyers to internalize principles and values such that their professional conduct flows naturally from their individual moral compass.

See the following excerpt from the The Emperor Has No Clothes, But Does Anyone Really Care? How Law Schools are Failing to Develop Students' Professional Identity and Practical Judgment article, pages 344-45:

The concept referred to as “professional identity” needs to be clarified before one can appreciate its significance to a lawyer’s development and its connection to the ancient concept of phronesis, or practical wisdom. Scholars have already had difficulty agreeing on a definition of “professionalism.”[1]  It should be no surprise, then, that “professional identity” has required clarification. The phrase is not clearly defined even within the seminal reports introducing the concept.[2]

Civility and respect for others are undeniably important to a lawyer’s professional identity,[5] but professional identity engages lawyers at a deeper level because it challenges lawyers to internalize principles and values such that their professional conduct flows naturally from their individual moral compass. Professional identity therefore encompasses the manner in which a lawyer internalizes values such that, for instance, she views herself as a civil person who treats others with civility and respect even in hotly disputed matters. The only difference between a lawyer told to be professional who acts in this way and one who acts this way because of her professional identity is that the lawyer herself believes that this is the way she should act. Incorporating “identity” into the description of this concept thus is central to the innovation it brings.[6]  It reflects the difference between someone who acts because an external influence (such as a bar association or judge) says that is how she “should” act and someone who has internalized those standards and herself believes that is how she should act.

After discussing the struggle to articulate the deep meaning of “professional identity,” one scholar offers the following definition: “Professional identity refers to the way that a lawyer integrates the intellectual, practical, and ethical aspects of being a lawyer and also integrates personal and professional values. A lawyer with an ethical professional identity is able to exercise practical wisdom and to live a life of satisfaction and well-being.”[7]  Others have recognized that engaging students in this process of professional identity development “put[s] students up against the fundamentals of who they are, what they want the world to be, and their role in, and responsibility for, creating both.”[8]

[3] The professionalism movement in the American legal system has its own history. The movement can be traced to the ABA’s Commission on Professionalism, prompted by the urging of then Chief Justice Warren E. Burger. See, e.g., Donald J. Weidner, The Common Quest for Professionalism, 78 FLA. B.J., March 2004, at 18, 18. At its August 1988 meeting, the ABA House of Delegates further encouraged this movement by adopting as a policy that state and local bar associations “encourage their members to accept as a guide for their individual conduct, and to comply with, a lawyers’ creed of professionalism.” THOMAS D. MORGAN & RONALD D. ROTUNDA, 2015 SELECTED STANDARDS ON PROFESSIONAL RESPONSIBILITY 661 (2015). The Commission has helped state bar associations throughout the country adopt statements on professionalism and civility. A recent 2011 count indicates that thirty-two states have adopted official statements on professionalism. See Donald E. Campbell, Raise Your Right Hand and Swear to Be Civil: Defining Civility as an Obligation of Professional Responsibility, 47 GONZ. L. REV. 99, 107 & n.53 (2011) (listing jurisdictions that have adopted statements on professionalism).